Write Your Own Beginner Readers!

Caden LOVES reading! I couldn't be happier! However, I have been having trouble finding books for him. I love the BOB books but Caden will get bored with the story before he has truly mastered the book and is ready to move on. Any other "beginner readers" that I find at the library are more advanced then Caden is ready for. My solution? Write my own:) It was easier then I thought and Caden loves them! Caden is on book five in the first set of Bob books and the first thing I did was read through them and make a list of all of the words that they had used in the first five books. I used that list to help write my books. I used some words that the books didn't because they were in the same word family(ie cat bat sat hat)

I'm going to share quite a bit in case you'd like to just copy them word for word:) This first one is about Caden taking a nap and it is a true story;) I used regular printer paper and construction paper for the cover. I sewed it together because I have yet to find my stapler since the move:) 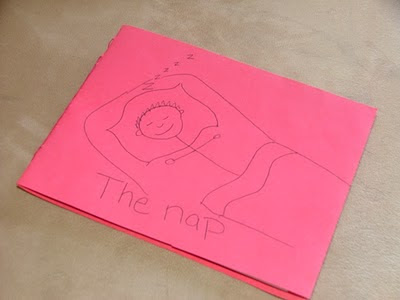 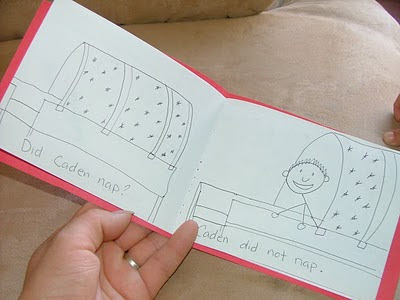 The next one was actually the first one I wrote for him. I ended up putting it in a photo album:) 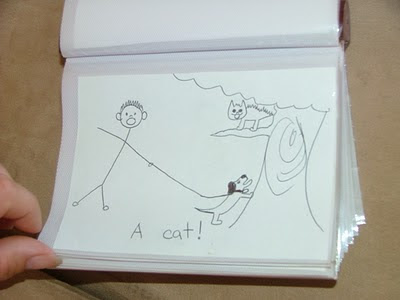 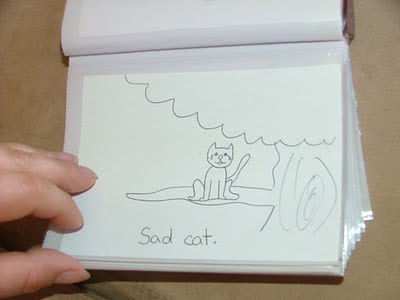 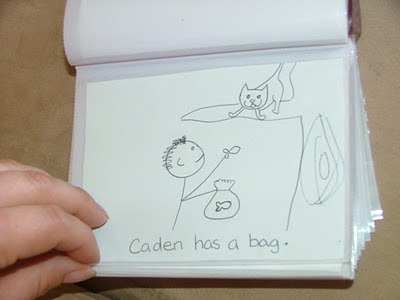 This book was fun because it was the first time I realized how easy it could be. On the page above I couldn't think of how to say that Caden gives the cat a treat without making it to hard to read. That's when I realized that the Bob books let the picture do some of the story telling so that they can keep the words simple:) Here are the words for this book;
Caden has a dog.
The dog has a Tag.
A cat!(instead of writing why the cat is scared, Caden can draw his own conclusion from the illustration)
Sad cat.
Caden has a bag.
O.K. cat, O.K. dog. (in this picture Caden is giving the dog a bone:)
This next one is my favorite so I included pics of all of the pictures:) 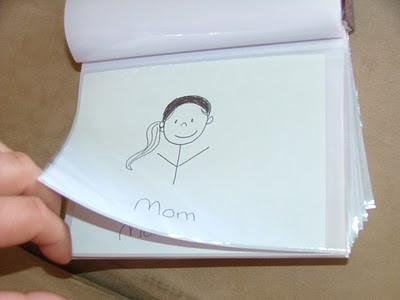 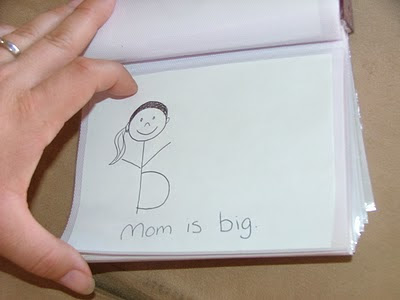 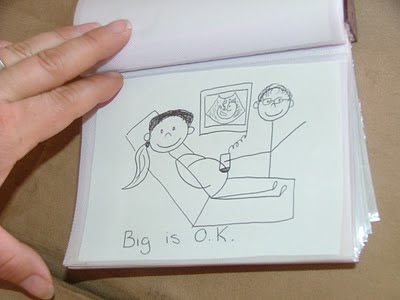 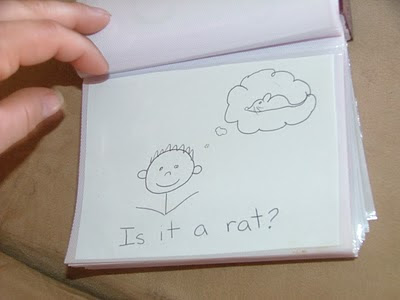 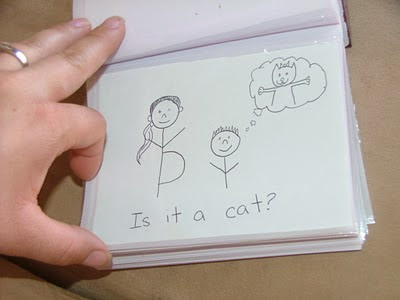 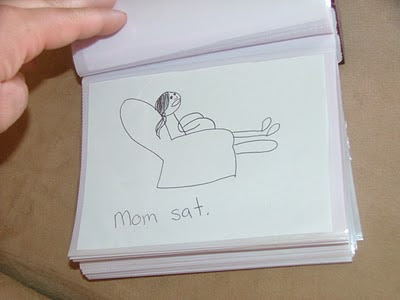 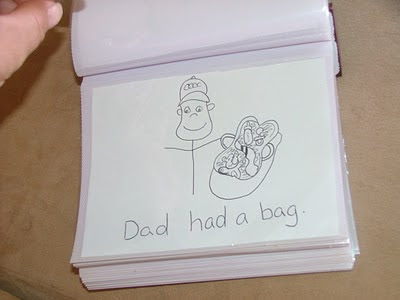 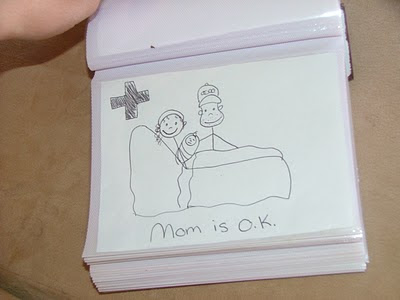 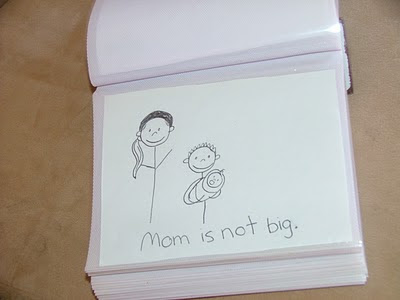 Every time Caden Masters a new book in the bob books I will add to his list of words and write more stories. He has been loving it and I am having so much fun! I think one of the main draws for him is that the stories are about him;)
Posted by Packer Family at 2:42 PM