I used some 1 inch cubes and dollar store glitter leaves to make some fire blocks! I just glued some of the smaller ones along the top and then larger ones along the bottom so that they would over lap! I made 4:) 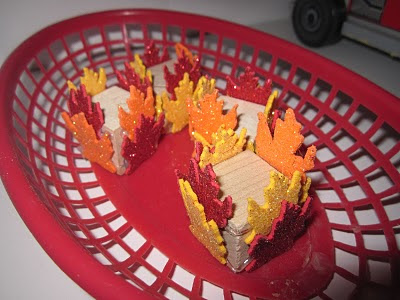 I added some fire trucks to the building blocks and the kids had a blast pretending that their buildings were on fire! 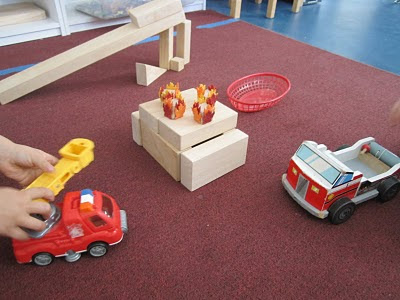 They would pretend to spray the fire and then knock the fire blocks off the building:) 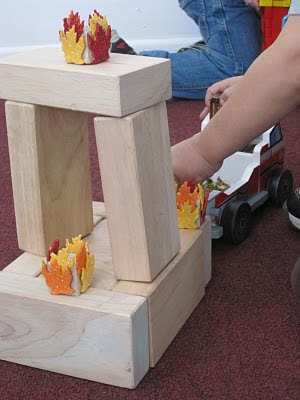 These fire blocks were meant to encourage more building and pretend play but for a little while the kids were just playing with the trucks and fire. I took away the trucks and explained to them my purpose for putting out the fire blocks. Once they started building burning buildings I gave them the trucks back and they all realized how much more fun it was to actually build something:)
Posted by Packer Family at 12:16 PM