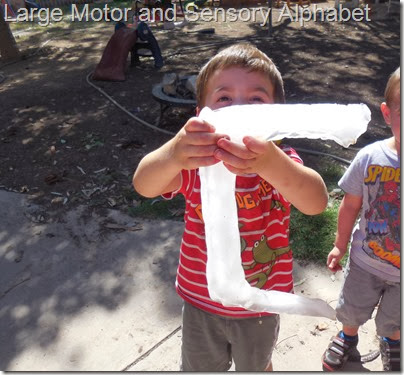 I am so excited to share this post! Every year I try to do something different with the learning letters for preschool so that I don’t get bored and so that my own kids and preschoolers don’t get bored

This year I decided to ignite as many senses as possible while exploring a letter! Also, I tried to involve large motor movement as well. I wanted the kids to wake up their whole body as they learned the letters in hopes that they would have fun and have better retention of the sounds. I made sure that they could see the letter, make the sound and use as many senses as possible to explore it!

For the letter A I bought those tiny school boy apples. Each child opened their mouth really wide while making the short A sound. Then they bite into the apple! 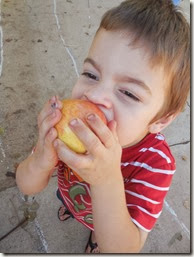 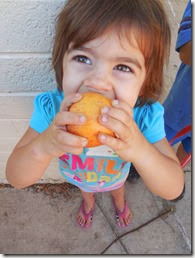 As they ate their apples they walked around to search all over the back yard for letter A’s that I drew with chalk. When they were done with their apple they fed to core to the chickens and then “Taught” the chickens the sound for the letter A. That was the best part! They used all 5 senses for this one and large motor! 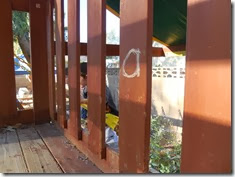 I drew capital and lower case B’s on our wall and on the ground. The kids would say, “B-B-B-bounce!!!!!” And then try to bounce the ball on the ground at the B’s. They were so excited when they got a double B by hitting one on the ground and it bouncing to hit one on the wall. This used large motor, and all of the senses minus taste;) 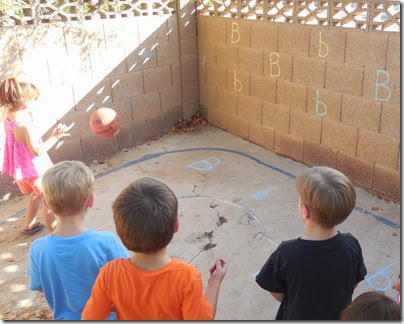 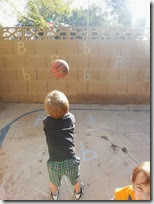 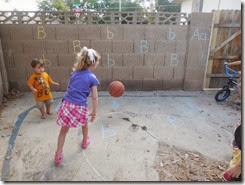 This was tricky! I used a cake pan and aluminum foil to mold a C that I could fill with water and freeze. The kids touched it and explored it while we all said it was “C-C-C-cold”. 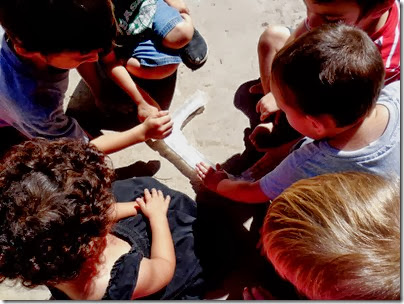 Another day I did it with just a pan of ice cubes:) the kids discovered that these cubes made an awesome CRAKING soud when they threw them on the cement. They all started saying “C-c-c-crack!” 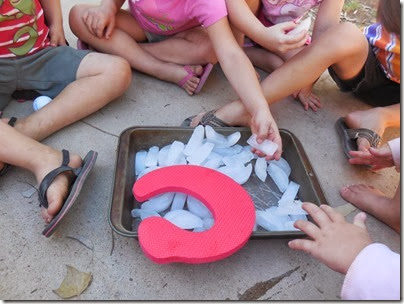 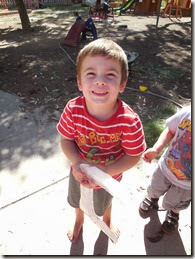 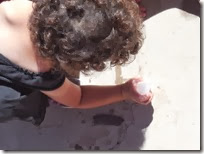 We did 2 things for the letter D. I put a letter D in the drum and they would look inside, say the letter and then play the sound, “d-ddddd-d-ddd-dd” they loved it!!! 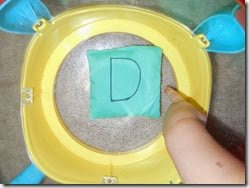 We also did a Dinosaur Dig! My two homeschooling older kids (5 and 6) buried the dinosaurs for me and the big letter D. 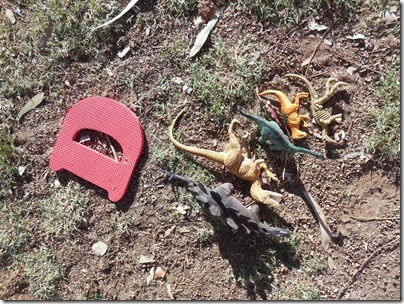 While we dug we chanted, “D-d-dig”. And then when they found a dino they would say D-d-d-DINOSAUR!!! Hilarious! Think super Mario! 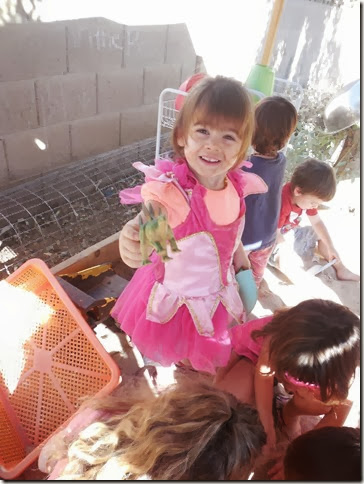