Having the “Pornography” Talk with Little Children

FYI: This is written by and LDS mom who believes Pornography is inappropriate at any age. I have boys but girls need these talks too! 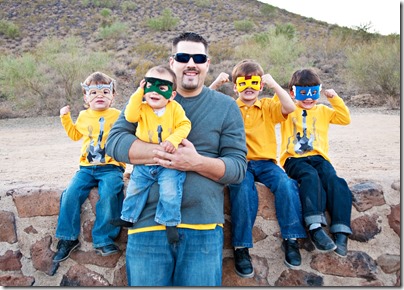 I have been thinking of writing this post for a long time and was inspired to finally do it after answering a comment from a friend on Facebook. She was asking about her daughter going over to other peoples houses where the Dad stays home with the kids.

Samantha Drake Packer I always meet the parents and get to know them before I would let my kid go unsupervised with them. I also like to see their home before I let my child go unattended. Also I have the Porn talk, the private parts talk, and the weapons talk, with my kids when I know they are going to a new place with out me. I make sure they know that the most important thing is to tell me about it so they can feel safe and that I will never be upset with them:) It's just routine for us now. As for Dad vs. Mom I would be very weary of sending my daughter to a house with just a man in charge. I would have to know him and his wife really well. I wouldn't mind as much for my son but I would still be cautious. Men have different temptations then Women, we can't deny that in the name of equality.

The Jolly Green Giant Samantha Drake Packer, it didn't sound crazy!! I was actually going to ask how you go about that and there you went and answered my question. And the weapons talk...Good one! Hadn't even thought of that one! You are one smart mom!

So have you talked to your child about pornography? I first talked to my boys about it when they were 4 and 5. May seem young but, it was necessary. Already on family walks in our neighbor hood, My husband and I had found pornography DVDs just laying on the ground on three separate occasions:( We knew they would be exposed at some point and we wanted to prepare them. Also any friend I have talked to about it, had been exposed at, or before the age of 8. I remember seeing it at school, hearing kids talk about it, and finding it by accident before 8 years old and way more after:(

It was so simple. They already knew that we keep our bodies covered to be modest so it was logical to them that we wouldn’t look at pictures of some one that was dressed immodest. Then we told them that if they ever saw pictures or things on the TV that didn’t seem modest to let us know. They would never be in trouble in fast we would be so happy that they told us and they would get a big high five(or hug or what ever your kid thinks is positive). The secret is what starts the shame cycle and causes the real damage.

So did it work? YES!

My son was playing a “find the difference” game on the kindle. It was Robin hood themed and it looked cutesy and cartoonish so I didn’t think much of it. Also it was the free App of the day. SO he went off to play and then brought it to me a few minutes later and said that he didn’t think it was modest. He showed me the picture and it was of maid Marian tied up with her cleavage popping out(cartoon). It was pretty tame but he recognized it. I think it is note worthy that he was enjoying the game and knew that I would turn it off once he told me. Because he was honest I gave him a high five and quickly deleted the game and gave him the choice of one of the other fun apps. He was thrilled!!! Since then there have been many times that they have recognized immodesty and turned away. I am so glad that they are getting practice and setting their standards BEFORE the hormones of puberty start raging!

I let other parents(who will be alone with my kids) know that I have had these talks with my children so that when my child talks to them about it they will be ready. I also don’t want them to think that I think those things WILL happen in THEIR home. I also think it will keep anyone who does have those things in their house on guard since they know my child is aware and knows what to do:)

This is Important! This is a huge problem in today’s world and we need to prepare our children.

Have you had the Talk? How did it go? Any tips you’d like to add?

Posted by Packer Family at 2:11 PM