Caden absolutely loves his computer! Since he doesn't watch any TV or Movies anymore I am pretty generous on how often he goes on:) He has nice little collection of educational games now but he favors Putt-Putt! It's a little purple car that goes on adventures:) We have three of the adventures and I played them when I was a kid. They are educational but in more of a critical thinking kind of way:) Anyway, I wanted Caden to be sure and play all of his games so I made this little chart. 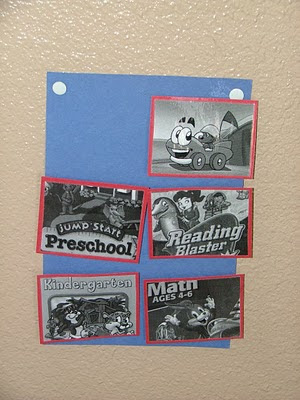 It has a laminated picture of each of his games. Some represent more then one game like Putt-Putt has 3 and Jumpstart has 4(Costco Pack). Each time he goes on the computer I take down the game that he chooses and remove the picture(velcro). Then put it in this little pocket. When they are all gone I put them all back:) Caden really likes this and hasn't complained once:) 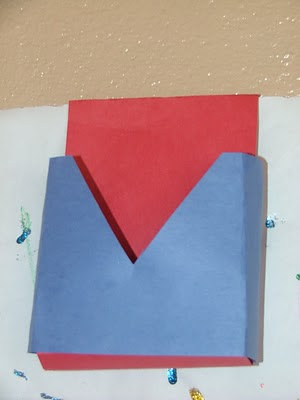 Posted by Packer Family at 5:00 AM