I followed this tutorial to make the Giraffes and then i thought it would be fun to make a little doughnut following the same idea as the Giraffe. The only thing I changed was the body. I made the head point out instead of arching down. I also made the body a little thicker from top to bottom, I just thought it looked better. I made the pink polka dot one for a friend who is having a girl and they turned out so cute that I just had to make a set for Jack! 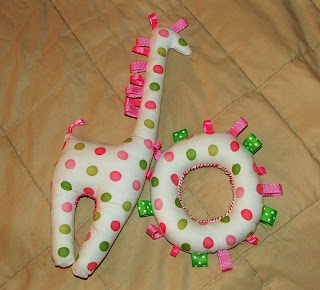 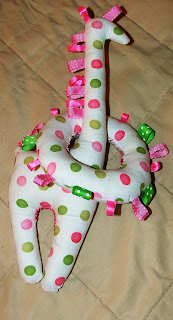 This is Jack's Giraffe and he LOVES it. He holds it around it's skinny little neck and chews on it till it is soaked in slobber(He's cutting his first tooth:) 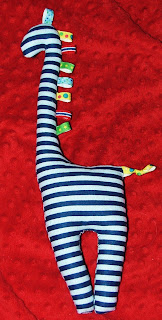 I couldn't stop there now could I... The Giraffe needed a friend! Enter, Mr. Elephant! Isn't he cute! Jack love the ears and this was so easy to make! 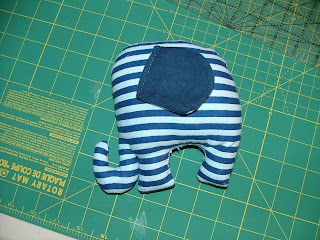 Posted by Packer Family at 1:22 PM