I've got the sewing bug!

I followed this tutorial to make this crinkly thing:) 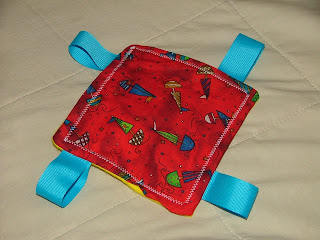 Jack Loves it so I made one for my nephew with no tags but it's bigger. 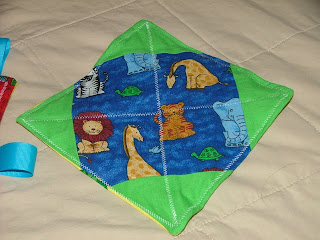 Drake woke up early and asked me what I am doing (In his own Drake language that only I understand). I showed him what I made for Jack and he claimed it as his:) He soon lost interest and decided it was Jack's after all :) 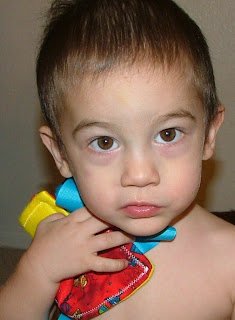 Posted by Packer Family at 8:56 PM